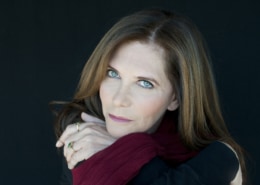 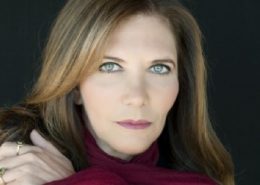 Ivana Chubbuck works exclusively with Panorama Agency within the Scandinavian region. It is with great pleasure that we host and collaborate with her during her yearly acting workshops in the Nordic region. Ivana Chubbuck is one of the world’s leading acting coaches. She has developed her own ’12 Step Technique’ which she outlines in her bestselling book ‘The Power of the Actor.’ Ivana’s studio is in Hollywood, but she travels around the world to teach and spread her incredibly popular technique. She has been a personal coach for Brad Pitt, Halle Berry, Charlize Theron, Jim Carrey, Jared Leto, Beyonce, James Franco, Jack Gyllenhaal, Thure Lindhardt, Mia Jexen and many more., Ivana worked with actress Halle Berry before and during the shootings of ‘Monster’s Ball’, for which Halle Berry received an Oscar, and with actress Charlize Theron on her lead role in ‘Monster’, for which she also received an Oscar. Ivana Chubbuck´s acclaimed 12 Step Technique centers upon a deep and subtle psychological approach to a role, using the actors own feelings, not as an end result, but as a way to empower the character’s goals. Halle Berry has said that “Ivana Chubbuck is the premiere acting coach of the twenty-first century. Her astute knowledge of the human condition, coupled with her ability to translate that insight to her students, is remarkable. Ivana’s innovative methods of teaching both complements and rival those of the great teachers of the past. Her philosophy transcends what we once knew about the art, and forces actors through their own catharsis to discover authentic ways of bringing the complexity of life to the screen and stage. Under Ivana’s tutelage, the course of my career and depth of my work have changed dramatically.” Ivana herself put it best, remarking that “My technique teaches actors how to win.”