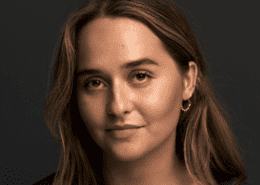 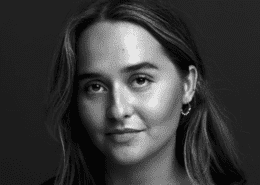 Maria is a talented and young aspiring actress. Being half Scandinavian and half Italian, she gets both the Viking attitude and the Italian finesse. Maria is no stranger when it comes to standing in front of a camera. At the age of 13, she was the host of “Ultra live” on DR Ultra which has granted her with plenty of TV experience from a young age. In addition, she has also mastered the sport of Acrobatics and has been doing so on an elite level. This has according to Maria, helped her in her body language in acting and also performing her own stunts.
Besides this, Maria is mastering different accents and due to her very international family, she has committed a lot of her acting career to perform different types of accents. This is accomplished through several training sessions with Jill Maisie (US).
She is also studying the Ivana Chubbuck Technique which has granted her the ability to trust her emotions with in her acting.
Lastly, Maria has been with Panorama Academy since 2021 and has evolved her acting skills alongside well-known actors from Denmark and other talented people from the industry.