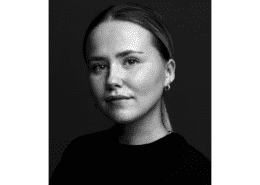 Amalie is an aspiring and dedicated young actress with a Scandinavian and youthful look and a background as an elite gymnast and fencer. Amalie is currently studying at Panorama Academy, refining her skillset with classes including the Chubbuck acting technique, improvisation, and stunt/stage fight. She is working with her voice and dialect coach, Jill Maisie (US), to improve her American English as well as taking boxing classes to improve her combat skills.

Amalie started her acting career at a young age, staring in several theater productions and taking partin a theater group. She took a short break from acting to pursue her academic dreams but quickly discovered her heart was in acting.

Amalie has starred in different film, TV, and commercial productions portraying various characters. In addition to her talent in acting, Amalie has accomplished winning the Danish Championship in fencing (2013) and qualified for several international competitions in rhythmic gymnastics – including qualifying for the World Championship in 2020. Amalie’s background as an elite athlete in various sports has given her a lot of qualities benefitting her skills as an actress including her high level of body awareness as well as her dedicated approach to reaching her goals and refining her talent as an actress.